I only watched a few minutes of the 2012 American Country Awards. I’m very thankful for that. I forgot they were on until they were almost half over. In that short time I saw two very bad magic tricks, some very awkward hosting by Trace Adkins and Kristin Chenoweth and an unjustly given award. It was not a good show. I was pretty skeptical of the red carpet. After all it was a lower tiered award show that was held in Las Vegas. While there were definitely some cringe worthy dresses that would have looked at home at the casinos, there were also a few positive fashion moments. 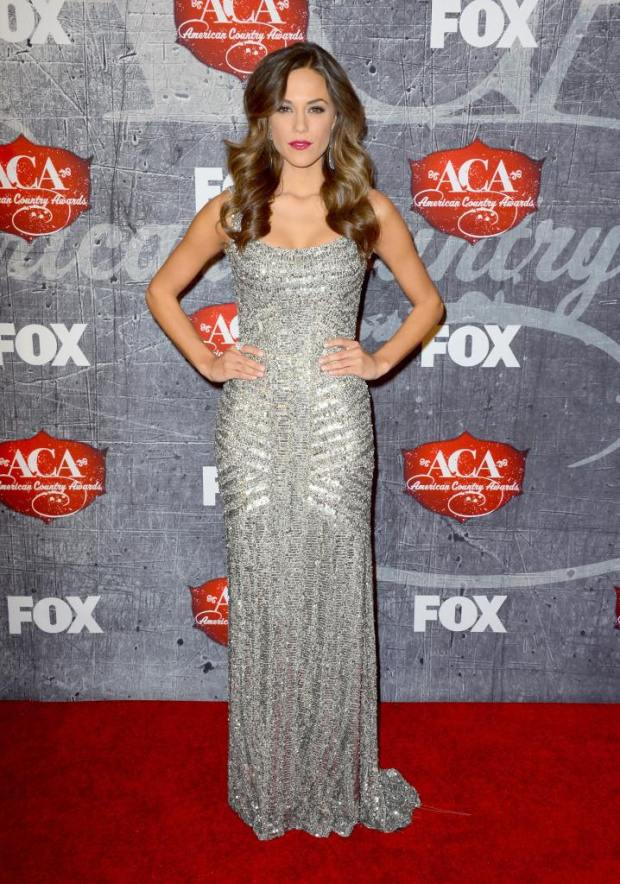 A glittery silver dress is always a safe bet for a Vegas award show. This one has a nice fit, is tasteful and looks well made.  Her hair, makeup and accessories complete this look.

This is a great dress for the occasion. I love the color. The sequins and the one shoulder neckline give the dress an air of fun.

I love this dress. The green is beautiful.  I always dreamed that for my prom dress I would have a long, green beaded gown. This dress looks like the version of that dress that I would love to wear now.  My only problem with the dress is the deep cut armholes. I hate it when dresses or tops have that.

This is my best dress of the evening.  I love little black dresses and this is so well cut and made. It’s always nice to see a LBD with long sleeves and the neckline is interesting, but not too extreme. Her hair looks great, too. I would love to wear this dress!

I always used to love Miranda’s style, but 2012 has not been a good year for her style wise. This dress is so 80’s and so Vegas- not in a good way. I like the idea of a silver beaded, black dress with a high neck and sleeves. But, this dress falls apart in execution. The beading adds bulk because of the conflicting stripes and chevrons.  This dress would be unflattering on all but the slimmest of girls because the conflicting beading patterns will draw attention to problem areas. 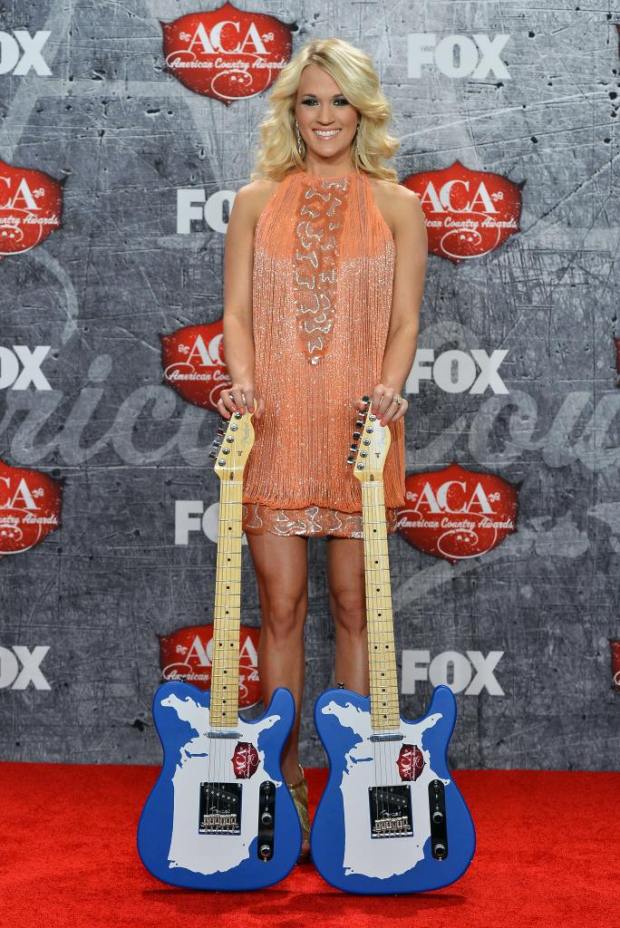 Bandage dresses have to be approached with caution because they can easily look cheap. Proportion and fit are paramount to maintaining a chic look in a bandage dress this dress falls into the bandage dress trap of too low, too short and too tight. I

The dress is a very pretty yellow. It would also be very flattering to her if she weren’t quite so orange. I don’t know why people continue to go so over-the-top with spray tanning. The beaded trim on the waistline is pretty, but the neckline makes it look like a generic 90’s prom dress. The deep keyhole in the neckline really cheapens the look.

I’m sure that when you sign on to be the host of an award show that one of the things that you look forward to is selecting dresses. Kristin Chenoweth, in addition to being a poor host, wore a series of outfits that were generally lackluster and sometimes tacky. The most startling thing about her appearance is how haggard she looks. I know that she’s always been a small person, but perhaps she’s reached the age where staying so thin just makes you look older. She’s a lovely person and I’m so sorry that she’s suffered so much this year from the accident on the set of The Good Wife. I think she needs to gain a few pounds and rest up! Her gold gown is a lovely concept, but it makes her look all one color. Some of the beading, especially the rose/ swirls on the bodice, looks really cheesy. If the color was a little brighter and the beading a little neater than this could have been a lovely dress.

I wasn’t expecting very much from this little known, third tier award show, and I was right.  There was a lot of male style on display, but very little of it was impressive.  I like seeing people take some chances at award shows like these, but most attendees looked like they forgot they were going to an awards show.  It was a bad day for velvet and vests (I know, it makes me sad too), and a good day for shiny jackets, and cowboy casual. 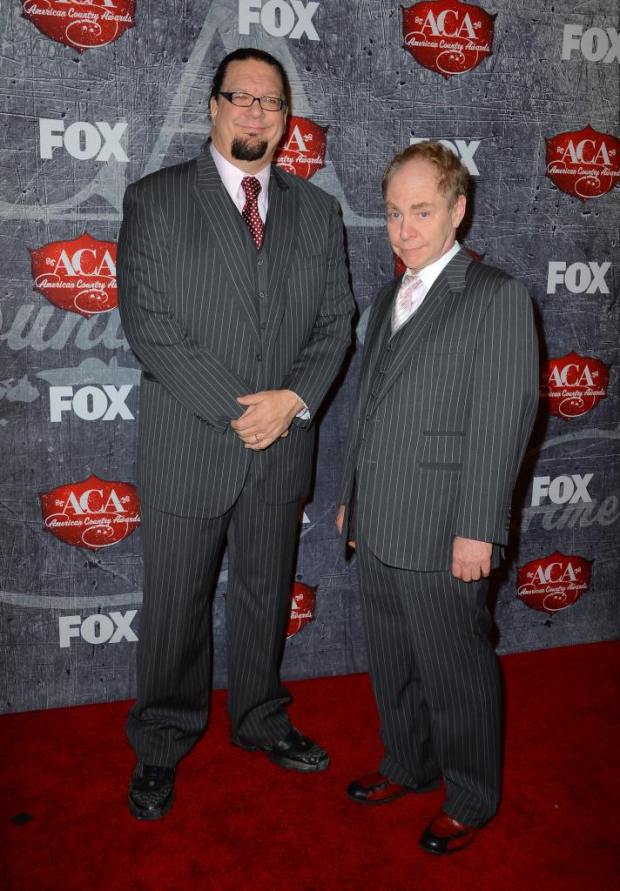 Pen and Teller- These guys may have delivered the worst magic trick they’ve ever done on the show, but they sure know what works for them.  Great fitting suits, a little bit of a pop of color with the tie, and the pant legs have that break in them in the bottom, that you don’t see very often any more.  Teller’s shoes are especially cool. 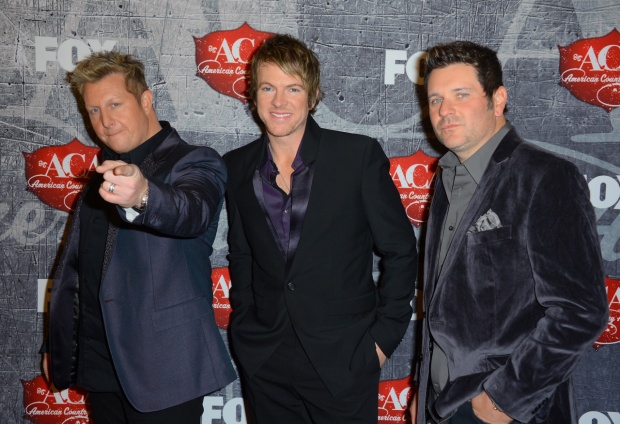 Rascal Flats-These guys know how to rock different textures.  There’s a lot of shiny material that works well, and the velvet jacket actually contrasts the others suits nicely.

Chris Young- I really like what Chris is doing here.  There are different colors and textures on everything including his boots!  But they’re all complementary enough, and close enough that the overall effect is very cool. 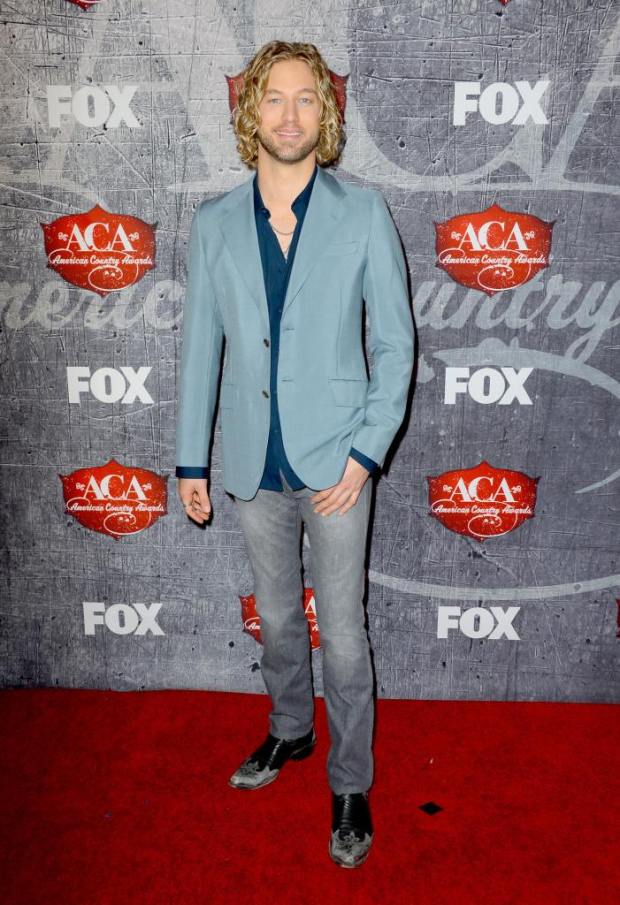 Casey James- Casey provides a tonal opposite to Chris Young here and it works great.  Instead of dark, everything is light, but it all works together.  The different blues really bounce off each other well. 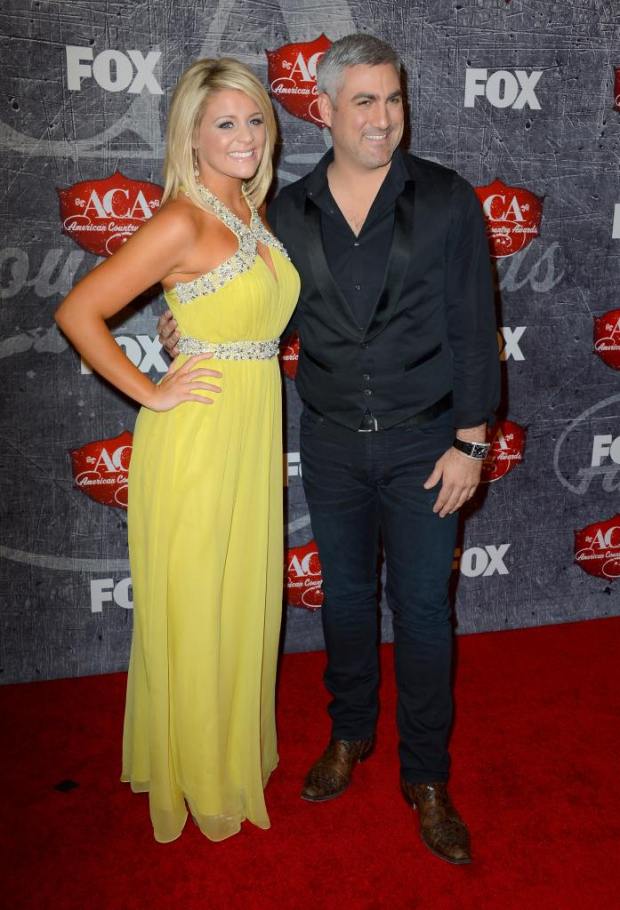 Taylor Hicks-  I love vests, but this one is really done badly.  It’s too tight, and the result is that it makes Taylor look too bulky in the middle.

Jason Aldean- The wallet chain is tacky, and the jeans are too beat up, but what pushes this over the top is the over shirt.  I don’t think it’s a jacket, but forgive me if it is.  The texture is weird, and the cut is all wrong, especially at the bottom.

Trace Adkins- This outfit is too dark.  The different texture of the velvet here makes it look cheap, and the shirt is too boring a color.

Love and Theft- I wish I could separate these two guys for fashion purposes.  The one on the left is almost there.  If his shirt was buttoned, and his jacket wasn’t he would probably be a best dressed, but his partner really drags them down style wise.  The colors don’t work together and the piping on the jacket seem odd and out of place.

Lady Antebellum- Dave looks great here, but Charles’ outfit has some issues.  The different colors in Dave’s suit and shirt are really sharp.  Charles’ shirt looks too tight, and the bow tie seems really out of place on him. 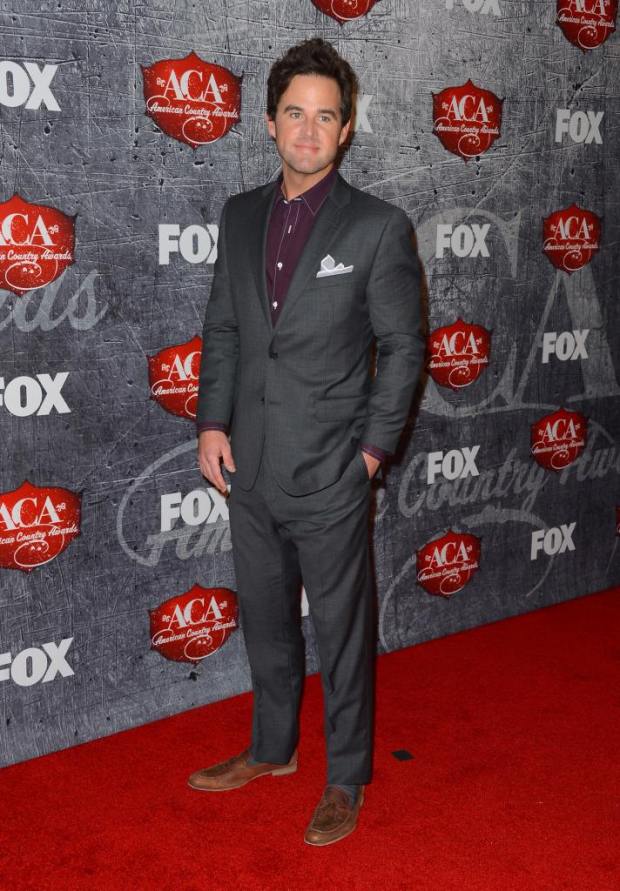 David Nail- The shirt looks country and is an appropriate counterpoint to the suit as a whole, but look at the shoes.  They’re loafers.  If they’d been cowboy boots that would have been just enough mixing of both worlds, but the loafers are a bad choice here.